It must have been Divine intervention which compelled Betty to complete her profile on JWed that afternoon in August 2015. A few days later, she received an email from a very handsome man who lived in another state. Brad was coming to visit his Mom in Florida during Sukkot and a date was set to meet during Chol Hamoed. Unable to find a restaurant with a sukkah, a smoothie sounded great. There was no quiet area to talk so the two sat in his car where they shared conversation for hours. It was at this point where all that had seemingly gone "wrong" leading into their date would unfold precisely by design. Brad reached to the back seat and brought forth the aravos and hadassim he had just picked up.....It wasn't until about a week later when Betty revealed she couldn't forget the way Brad delicately and respectfully unwrapped the aravos and hadassim. Brad was surprised to hear she had noticed and felt appreciative and very touched. Many hours on the telephone developed into a committed long distance relationship. The couple traveled to see each other frequently and spent time with each other's children and families. Months later, Brad was able to move with his 5 children to be with Betty, her 4 children and family. He then surprised her with a marriage proposal on their summer family cruise. The happy couple was married in November 2016 surrounded by their 9 children, siblings and parents in an intimate, magical ceremony. Brad and Betty feel grateful for the miracle that brought them together and look forward to a lifetime of blessings and nachas. 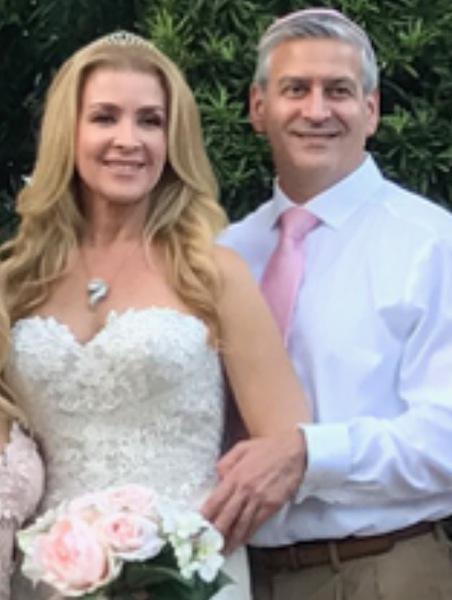